With a growing awareness towards the environment and resources, the amount of recycling and incineration facilities worldwide has increased significantly. The risk of fires in these industries is a rising concern. Solutions to extinguish these fires in the early stages of development is imperative, especially considering that the materials being processed are unpredictable. There is certainly no simple answer to this challenge, but it is an issue that needs addressing. In this article, suitable fire protection systems are discussed, with a focus on automatic extinguishing solutions utilizing heat detection and remote-controlled fire monitors.

Frank Preiss is Managing Director of FireDos GmbH. FireDos are experts in proportioners and monitors for firefighting, focusing on customer service and their in-house-developed leading technology.


This article has originally been published in Gulf Fire, April 2021 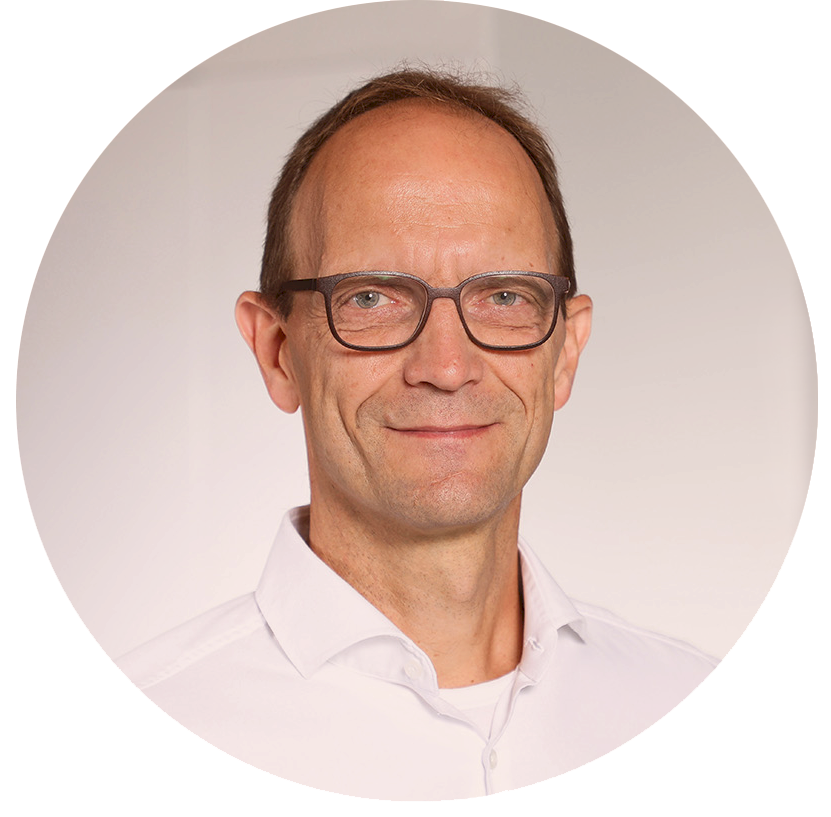 Development of the fire hazard situation

Over the last few years, the trend towards recycling materials has grown in many parts of the world. This has led to the division of organic wastes and recyclables and the installation of waste management companies operating incineration plants, composting plants, and recycling facilities instead of landfills. Vast amounts of materials are now temporarily stored. The fire hazards associated with this are growing as relatively dry materials with high energy contents are stored together with potential ignition sources such as Lithium-Ion batteries, household aerosol bottles, paint cans, and propane tanks. In composting facilities, decomposition can lead to temperatures high enough to cause auto-ignition of the stored material. These types of fire can be difficult to detect and often demand great effort to extinguish when detected too late. This can have serious effects on the environment and public health and jeopardize the safety of firefighters and local communities.

Recycling facilities are generally set up in three sections.

This article will focus on the first section of delivery and primary storage, the tipping floor. Here the complete variety of mixed waste, as it comes from our households, is tipped from collection trucks onto concrete floors or into waste bunkers. In this conglomerate of waste, both ignition sources and combustible materials are present. Damaged batteries that have developed heat are exposed to oxygen and sparks can ignite gases and vapors leaked from household aerosol bottles, paint cans, and propane tanks or formed due to decomposition of waste. Before being transported into the recycling facility via conveyor belts, workers or machines sort out as much problematic garbage as possible. Unfortunately, these components often end up inside the facilities where they may ignite and start a fire. Fortunately, most of the waste is in constant movement. Hot-spots or a fire can be monitored and quickly dealt with if the proper detection and extinguishing equipment is installed.

In incineration plants, the untreated waste is often delivered and burnt without any separation, apart from the removal of metal. The material is stored in bunkers, partially several meters high, where it may be stored for longer durations of time before being transferred to the incinerator. Here a fire may smolder below the surface without being detected and break out over a wider area.

FireDos M2 monitor in action in a recycling plant

The main extinguishing systems used in recycling and incineration plants are sprinkler or deluge systems and firefighting monitors. Dependent on the goods that must be extinguished, water or foam can be used as an extinguishing agent.

Sprinkler systems can alternatively be filled with a foam premix that generates extinguishing foam once released. The premix is made using specially designed proportioning systems, such as the GEN III water motor-driven proportioning pumps made by FireDos.

Deluge systems are sprinkler systems with open nozzles. They can be manually operated or may be equipped with remote-controlled valves that are triggered by heat detections systems. On activation extinguishing will occur in the complete section of a larger area.

Firefighting monitors, like the distinctive octagonal 'Oval Flat Design' from FireDos, are designed for indoor or outdoor use. When a fire is detected, they are either manually operated or can be remotely controlled. Fire monitors allow precise positioning of fire extinguishing media from a safe distance.

We can differentiate between three common detection scenarios.

Smoke detectors are mainly installed under the ceiling to monitor complete halls or sections of a big area. They generally require a large amount of smoke to trigger an alarm. They are mainly used together with manual firefighting equipment utilizing hoses or firefighting monitors as the exact location of a fire must be visually confirmed. They are not well suited as components for modern automatic firefighting solutions.

Another possibility for smoke detection is the use of video smoke detection. It is recommended to use these systems only if combined with another type of detection to avoid false alarms triggered by steam, exhaust fumes or fog. These systems also require ideal lighting conditions and only work in areas with low levels of dust.

Sprinkler systems are classic fire detectors. They are not suited as components for modern automatic firefighting solutions.

Linear heat or fire detectors are sensor cables. They are mainly used to monitor tunnels or garages but may also be installed in big halls. They are generally not suited for use in incineration plants and recycling facilities but may be a suitable option for monitoring covered conveyor belts.

Most common heat detection is achieved through thermal imaging by using infrared (IR) detection technology. In contrast to detecting smoke or a fire, the environment is monitored for radiated heat. By continuously monitoring a specific point or area and measuring the actual radiated heat, or analyzing the increase in temperature, fires can be detected, even if they have not yet reached the surface of a pile. The rise of hot gases may be sufficient to detect a sub-surface fire. Usually, temperatures of 80°C are considered strong indicators of a fire. Heat monitoring of an object with an infrared early fire-detection system means a fire is identified in its formation phase. 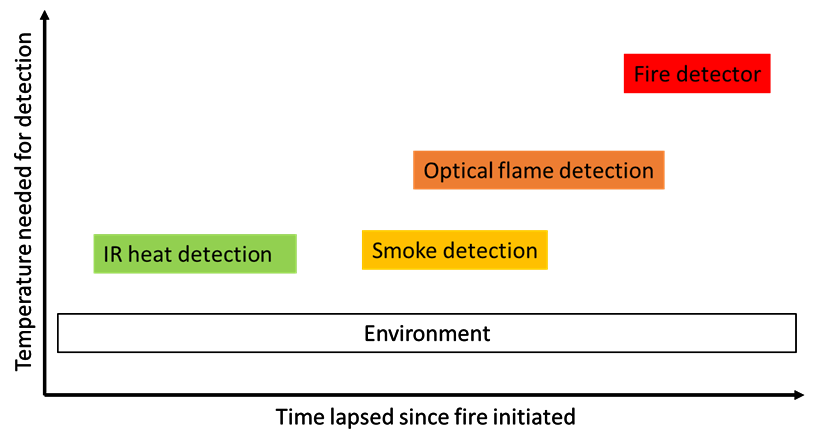 For fire detection, continuous monitoring of the hazardous area is mandatory to detect any changes in the environment. Intentional and known heat sources such as motors from belt drives or vehicles, exhaust pipes, sun and reflections should be automatically identified and ruled out as potential fires to reduce false alarms to a minimum.

One stationary, relatively inexpensive camera can cover a large area when using a lower resolution, but this will prevent the early detection of fires while they are still small. With more sophisticated technology, such as the Orglmeister PYROsmart system, areas can alternatively be surveyed using a single pan/tilt head camera. It continuously scans a large area and builds a high-resolution radiometric panorama image. Combined with intelligent analysis software, detection and exact locating of a hot spot allows positioning of water or foam using a precise, remote-controlled monitor such as the FireDos M2 or M3. On-demand, a combination of IR and live video pictures will provide an effective analysis of the situation, especially when the resolution is high enough to allow the user to zoom into the video image.

Through self-learning and artificial intelligence (AI), the software analyzes the environment and differentiates between hot motors, exhaust pipes and hot spots that indicate potential or actual fires. 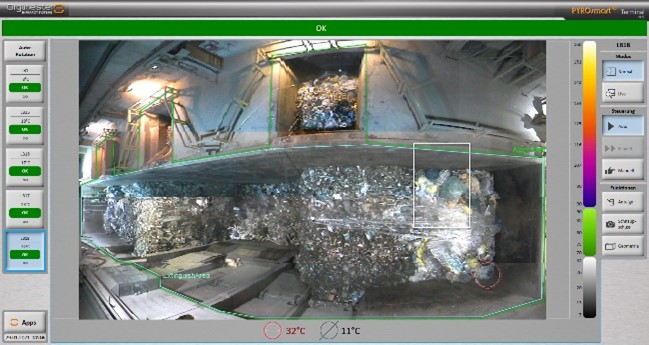 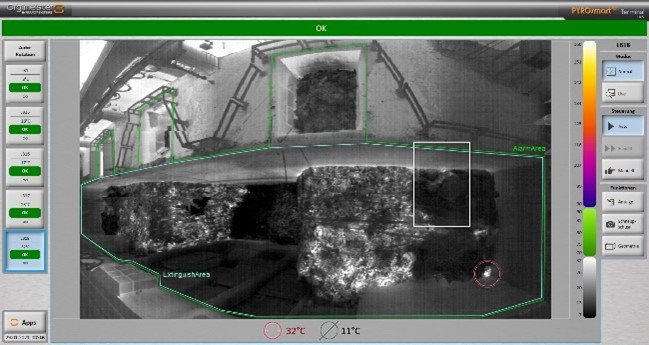 When planning a fire extinguishing system, the most effective firefighting strategy to extinguish the wide range of possible fires must be found. 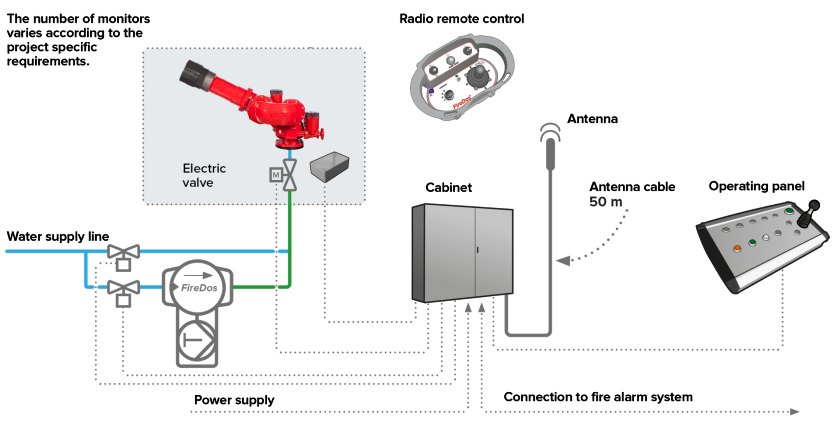 Figure 4 - Schematic of remote-controlled monitors with optional water or foam output and connection to a heat detection system.

An automatically controlled process with a multi-stage approach is also efficient when a hot spot has been detected:

With automatic detection and extinguishing systems, the firefighting approach can be customized to the facility, the goods to be extinguished, and the threat a fire may pose to the environment. A first step, and a significant part of the process, is to determine the best approach for firefighting with an analysis of the premises to assess detectors and fire monitors' best positioning. Optimum placement of these devices minimizes the quantity and the cost of a system. 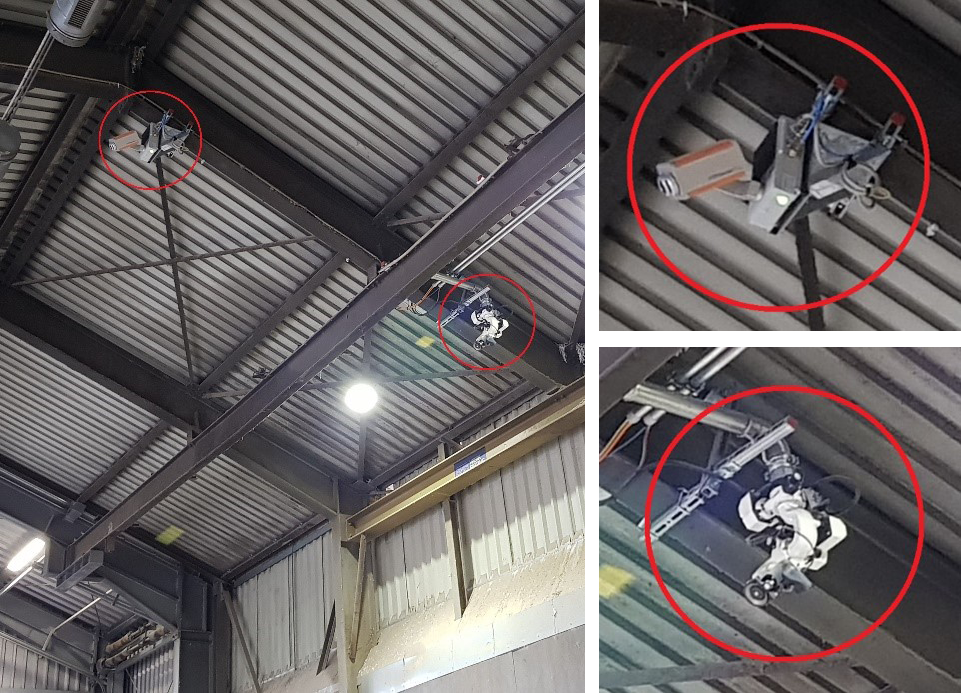 When it comes to firefighting, the three steps for any facility are:

In the event of a fire, integrated processes, and systems, consisting of state-of-the-art heat detection and automated extinguishing solutions, are essential to assure that a fire has been extinguished before a professional response is necessary.

Advanced, state of the art fire hazard detection and automatic suppression systems provide great potential to reduce damage and property loss. Although the initial investment cost is higher than for traditional methods, by focusing on early detection and smart, precise extinguishing, rather than extended firefighting, plant owners and operators can reduce reoccurring costs and facility shutdowns can be reduced and the total cost of operation optimized.